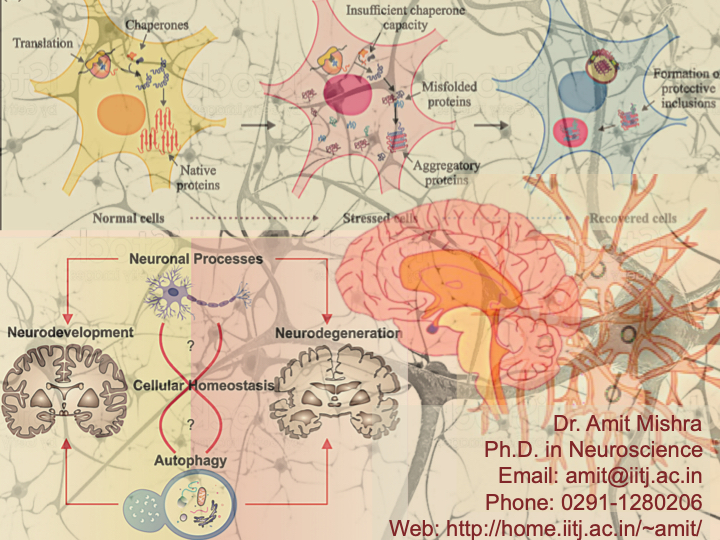 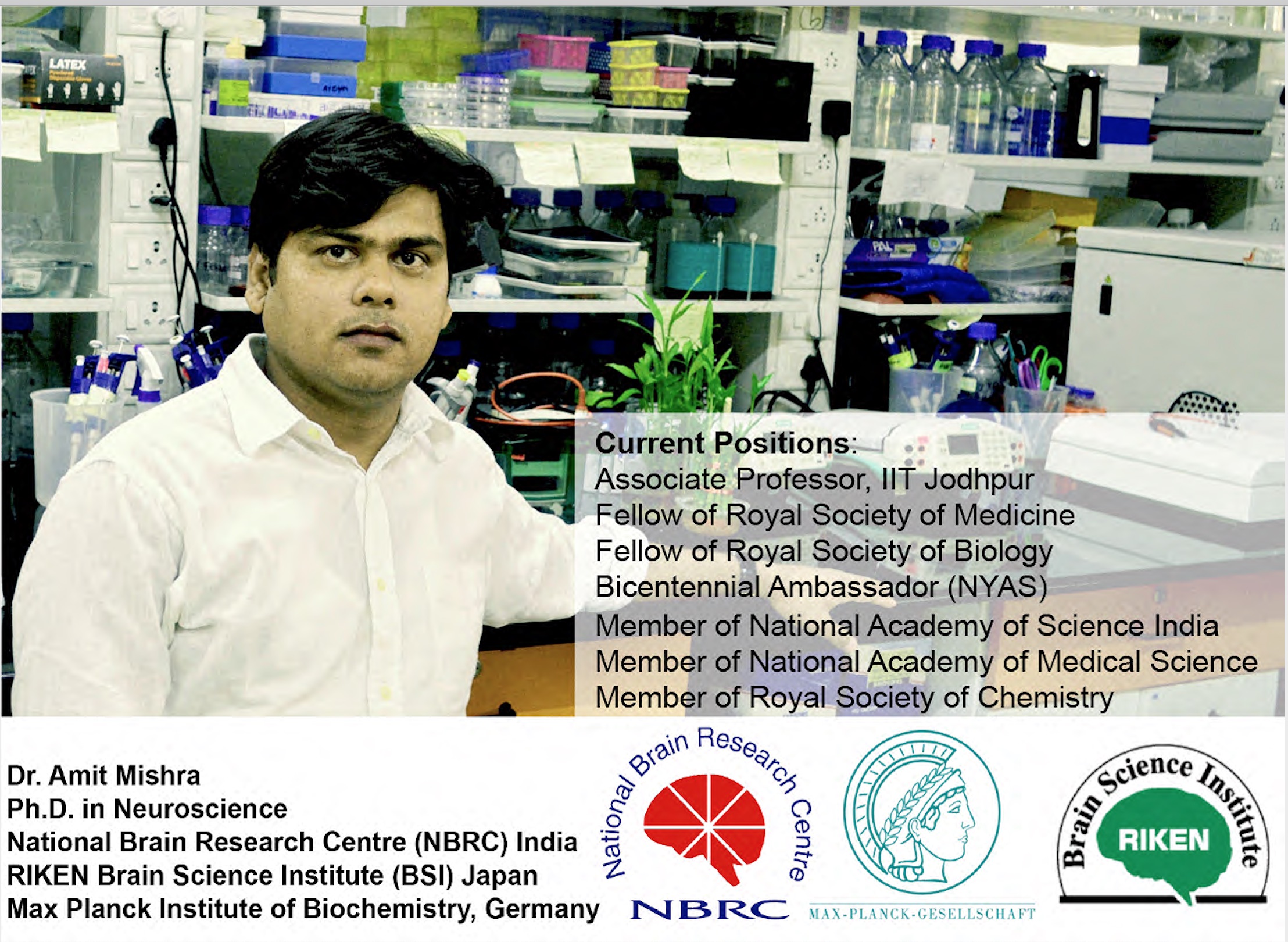 The major focus of Amit research projects has been the study of “Molecular Pathogenesis Mechanism of Various E3 Ubiquitin Ligases and Chaperones Implicated in Neurodegenerative Diseases, Neurodevelopmental Disorders, and Ageing”.  In 2008, he moved to The Max Planck Institute of Biochemistry (Munich, Germany) as a post-doctoral fellow with Max Planck Society Fellowship, Germany in the laboratory of Prof. Ulrich Hartl.Here, he investigated the role of ribosomal associated chaperone in protein misfolding and aggregation. In 2010, he moved back to India and joined as a faculty at the Indian Institute of Technology Jodhpur and was awarded for prestigious “Ramalinganswami Fellowship” and “Innovative Young Biotechnologist Award” from the Department of Biotechnology, India. He is a recipient of “IGC- “Young Genetics Researcher Award”: presented by Nobel Laureate–Medicine (Prof. Harald zur Hausen) and Indian Father of Green Revolution (Prof. M. S. Swaminathan), Fellow Royal Society of London” at the young age and his candidature was also selected for the National Academy of Sciences, India (NASI)-Young Scientist Platinum Jubilee Award. 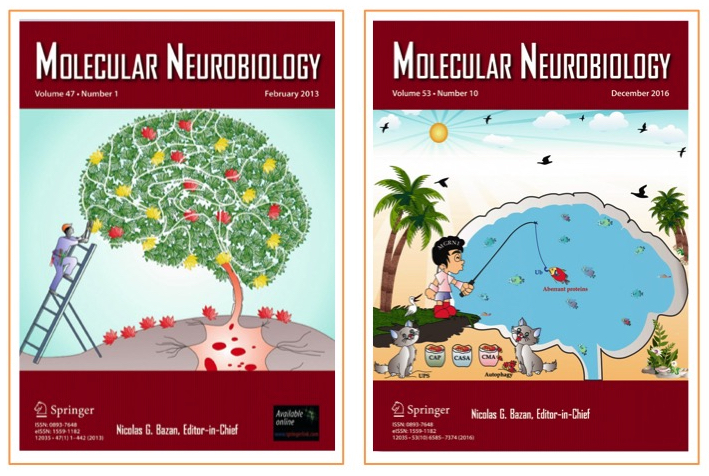 However, the precise role of E3 ubiquitin ligases in cancer pathobiology is not clear. He finds various tumor suppressor crucial proteins as substrates of the E6-AP E3 ubiquitin ligase. This study improves our current understanding and sure help to better assimilate the oncogenic potential of E3S. For such of research he was honored by Board of Research in Nuclear Sciences (BRNS)-Bhabha Atomic Research Centre (BARC)-Young Scientist Research Award and The “Young Investigator Award 2017″ from Japan Neuroscience Society (JNS), Japan. Amit research acknowledging the efficiency of the cellular quality control system, it is expected that there might be an existence of early quality control system in cells, which is governed by E3 ubiquitin ligases.